Francisca Restaurant announces in Times Square its expansion plans for 2021 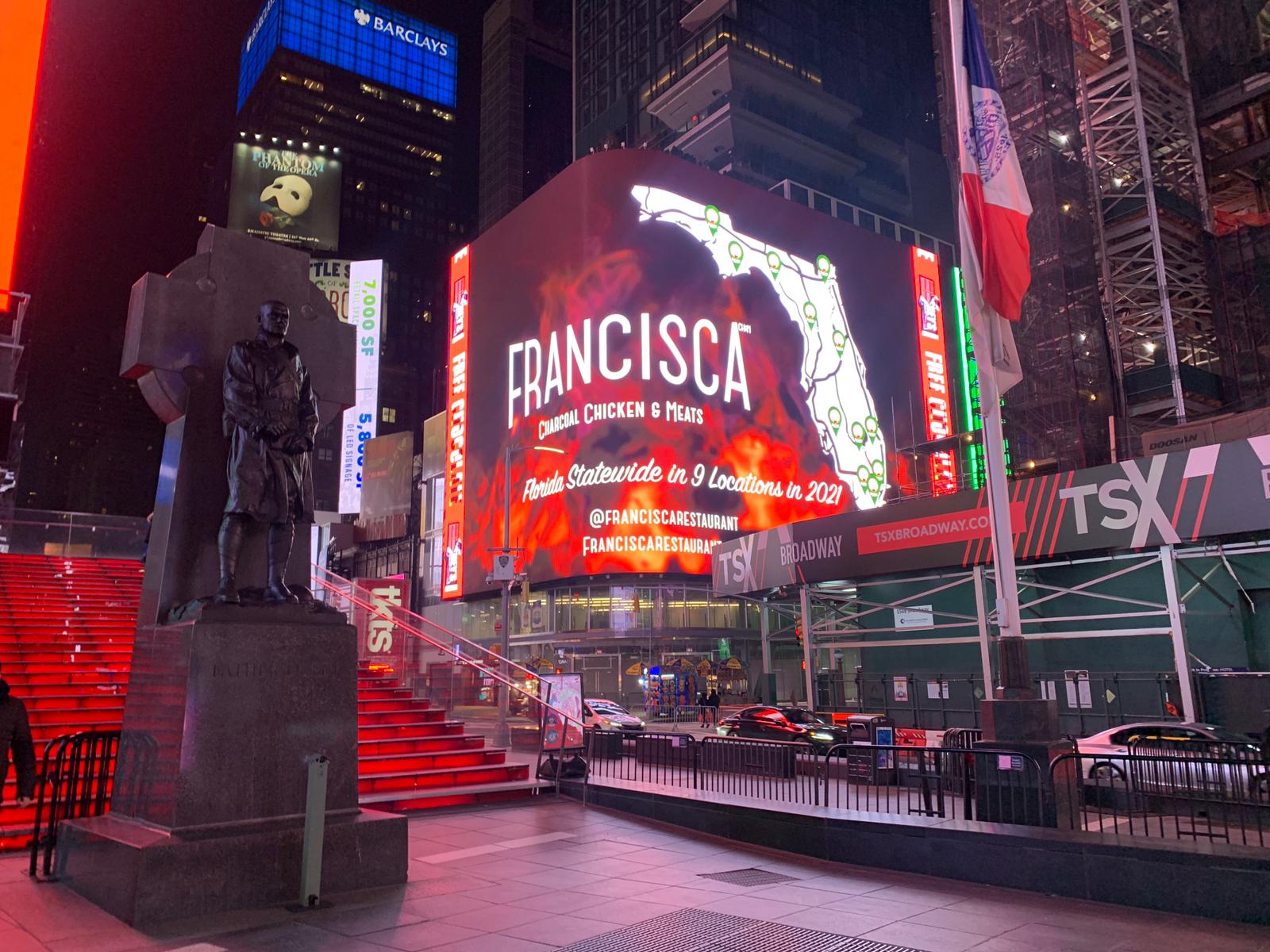 As part of a visual campaign in New York, the brand projected a video as tribute to the restaurant’s history since it opened in 2018. It provides a brief storytelling of how they went from a modest eatery in Doral to having a foothold in the American dining market. Francisca Restaurant has made a name for itself for serving the best charcoal-smoked chicken in Miami and captivating its bustling crowds with its dishes that take your taste buds on a flavorful journey to Latin American.

“We are so happy to announce to our customers and supporters that Francisca is going statewide. Thanks to the immense support from our loyal clients during the past 4 years, we decided to expand our brand to other cities starting in Florida,” says Levin De Grazia, CEO of Bocas Group and Founder of the company.

Today, Francisca has 3 locations in South Florida: Doral, Miami and Miami Lakes. Their plan for 2021 outlines the brand growing to 4 times its current size by bringing their coveted menu to cities like Brickell, Orlando, Davie, Kendall, Miramar and more.

De Grazia, head of Francisca expansion team, says the short-term goal is to spread Francisca’s flavors to all over the state. “Our plan represents an amazing opportunity for small businesses, investors and entrepreneurs to be a part of one of the most successful businesses in the restaurant industry in past years in Florida,” De Grazia says.

We cook the success in charcoal is the brand slogan, a metaphor that intent to recreate the idea of every dream is possible thanks to hard work and dedication. The food we eat today in the US is the combination of cultures and dreams. Francisca Restaurant consolidates the idea of a gastronomic adventure of flavors that are the pride of our tradition.